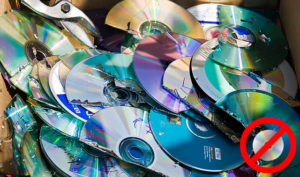 Jennie Flowers talks about the future of watching home movies, and why Alive Studios has decided to drop DVD and Blu-ray from it’s film transfer service.

We are living in an age of Smart TVs, Digital content and Movies on Demand.
I think we’d all agree that the way we watch TV shows and movies has changed dramatically over the past few years, and it’s apparent that home movie viewing is going the same way. For example, on a recent Wi-Fi-enabled flight, I used my iPad with the Netflix App to revisit previous seasons of Once Upon A Time, and noticed the chap next to me was indulged in viewings of Top Gear on BBC iPlayer.

When I arrived home, I caught up on Game of Thrones by binge-watching 3 episodes I’d set my Sky box to record – but being a busy mum of three, who gets precious little sofa-time, I streamed the episodes to the TV in my bedroom so I could make a dent in the mountain of ironing that had accumulated in my absence.
Meanwhile, my teenage son is claiming to be studying for school, but no doubt really using his laptop to stream endless ‘Hilarious Talking Dog’ videos courtesy of You Tube, and as I type, my 6 year old occupies the desk opposite me and is giggling his way through a Tom & Jerry marathon on my iMac, via the Amazon Prime Video App, proving these Apps are so simple to use, even children, not mention pensioners, love them.

Speaking of which, we bought my in-laws an Apple TV for Christmas, to turn their normal TV into a Smart TV, so they can now stream content from their computer and iPad to the living room TV, and have access to Apps like Netflix and Amazon Prime Video.
And so you get the picture… a pretty similar scenario in most households across the country now. Gone are the days of sitting down at 8pm for Prime Time TV, as broadcast schedules no longer dictate our viewing times, or even the viewing place.
It’s all about having control.
The New York consulting firm Open Mind Strategy recently coined the lengthy abbreviation IWWIWWIWI (“I want what I want when I want it”).

Echoing that sentiment, Alive Studios use the line “Your Memories – Anytime, Anywhere” to reflect the fact that we want to dictate what we watch and how we watch it.
With all the this technology, what does it mean for our home movies? What is the best way to store them in these digital times? How can we access them quickly, and be able to use all the different devices we now use?
Being custodian of your family’s legacy on film is a huge responsibility. It’s no longer a case of simply hanging to that box of dusty old photos and cine films. It’s important now to get that history off the old material before it deteriorates completely, and ensure they are in a format that can keep up with the fast-pace of modern technology.
Alive Studios have been following the dramatic u-turn in TV viewing for some time, and one of the first things we noticed was the rapid decline in people using DVDs and Blu-rays.

These formats are very much out of date now for a number of reasons. We can’t edit a disc – we’re stuck with the contents exactly as they are. Very few computers and laptops are being made with disc drives now. Wall-mounted TVs are no longer hooked up to DVD players. We want our content available anytime, anywhere without hunting for a disc. We want to view our movies on our iPads and tablets, which don’t take discs. DVDs and Blu-ray discs can easily scratch and become ruined. So, it’s inevitable that Alive Studios have waved goodbye to discs, and welcome in the digital age of easy-to-copy, easy-to-share, multi-use digital files.

You can store a digital movie file on a huge variety of devices. Alive Studios ship orders to customers on a USB stick or portable hard-drive, depending on the amount of film. Once in your possession, you can duplicate the stick to make safe backups, transfer the files to numerous computers, then copy them over to iPads, tablets and phones. As well as having the physical USB stick, the films are also uploaded to Alive Studios very own cloud – the “Karishma Cloud”. An Indian name meaning ‘Miracle’ seems very appropriate for a service that offers to bring images of long-gone loved ones back to life, it is actually named after it’s lead developer – a talented young woman called Karishma.

The user-friendly cloud hosts all your home movies in a private, secure environment, which you can access anytime, from any device, no matter where in the world you are. To support the computer version of the service, there are also APPs you can download for your Android and Apple phones, and even a TV APP made exclusively so you can access your movies directly from your smart TV, in the same way you would load Netflix or Amazon Prime Video.

With over 18,000 customers who’ve used Alive Studios, they report that majority are over retired age, with many in their 80s and 90s, it just proves how willing we are to adopt these exciting new changes in the way we enjoy television – especially when the stars of the shows are ourselves….

This site uses Akismet to reduce spam. Learn how your comment data is processed.